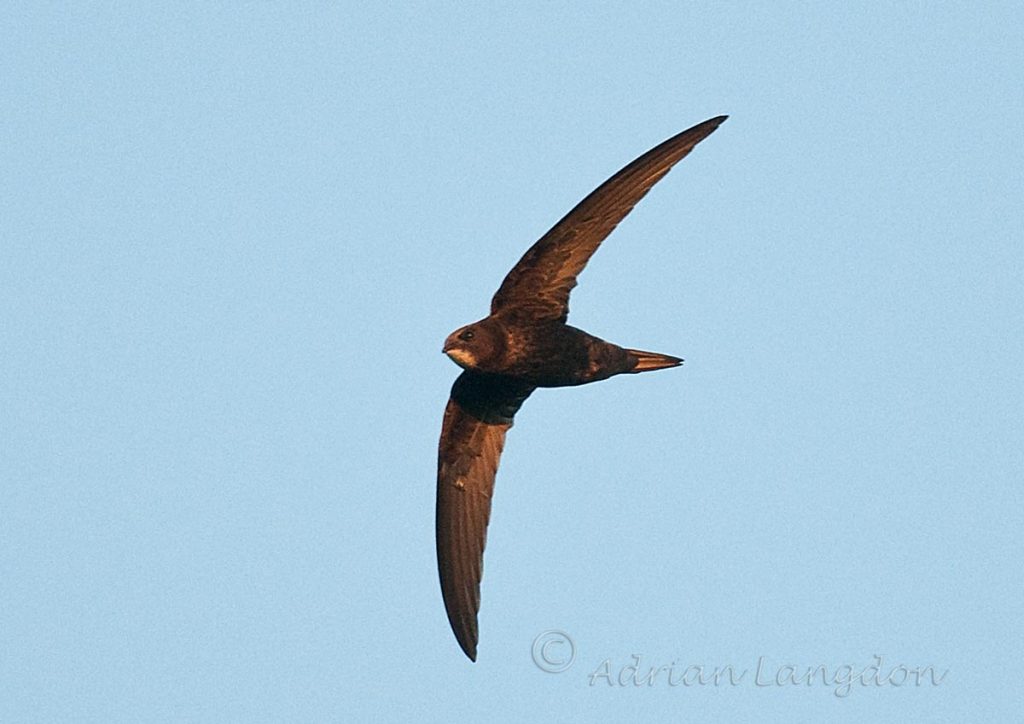 A mystery is presently foxing the National Trust’s Lizard Ranger team. Mullion Island, a 2.5 ha rocky outpost 1km off Mullion Harbour, is strewn in thousands of small elastic bands. The Island, made up of volcanic pillow lava, is a bird reserve, and landing is prohibited except for researchers with permission. Ornithologists from West Cornwall Ringing Group carefully time their Spring and Summer visits to assess and monitor the populations of Great Black-backed Gulls and Cormorants, and to colour ring their chicks. The Island is home to one of the two largest colonies of Great Black-Backed Gulls in Cornwall, with up to 70 nests each summer, plus 50 Cormorant nests. Great Black-Backed Gulls are the largest species of gull in the world.

During these visits Mark Grantham from the Ringing Group noticed the high number of tan, yellow and green elastic bands strewn right across the rocky areas of the Island frequented by seabirds. Many of the bands are brittle and decayed and are evidently several years old.
Eager to try to remove some of this man-made waste, Mark and National Trust Rangers Rachel and Seth, returned to the Island in September, safely outside the nesting season, to undertake a litter pick. Mullion Island is owned by The National Trust, and is part of The Lizard National Nature Reserve, declared to protect the areas of the peninsula which are richest in wildlife.
Sure enough, in only an hour, a large number of bands were collected, together with dozens of small balls of green fishing net and twine. But how might this rubber and plastic waste have got to this isolated island?

Whilst a small amount of sea-borne plastic might be washed over and onto the Island in crashing winter storms, there are no sheltered areas or shoreline on which marine litter might accumulate, just rocky cliff faces made up of pillow lava, resembling haphazardly piled but uncomfortably solid and rough pillows. So if the bands didn’t get washed in from the sea, how else might they have got there?
Well to be fair, we really can’t say for sure, but our best theory is that the gulls are feeding in agricultural fields in the day and ingesting the elastic bands, mistaking them for long thin invertebrates – perhaps a tasty worm – before flying them back and depositing them on the Island where the birds roost overnight. As far-fetched as this sounds, it is the most plausible explanation we can muster. The bands are found on the areas of the Island rich in guano and pellets which are undigested matter regurgitated by the gulls. We know the gulls feed in agricultural fields, as anyone who has watched gulls following a tractor and plough can testify, and their pellets are full of grain, which can even be seen sprouting on the Island. We know agricultural fields in West Cornwall include many acres of daffodil growing, and the harvesting of these flowers in bunches involves the use of millions of elastic bands, some of which inevitably go astray and end up on the fields and in the soil. One whole pellet, regurgitated by a gull, was found on the Island containing a ‘fresh’ band. Proof indeed that the bands are eaten and flown in by the gulls, but alas no proof of where the bands originate.

We think the small balls of green plastic fishing net and twine 2-3cm across arrive in a similar manner. They are small enough to be eaten, perhaps mistaken for tasty morsels floating on the ocean’s surface, and later regurgitated in pellets. This seems more likely than passing right through the gull’s digestive tract.

So how much trouble do these rubber and plastic meals cause to the gulls? Again, a question that is not simply answered, although evidently eating and air-freighting inedible matter is wasted effort and makes an individual gull’s food to energy balance more precarious, even if it is later spat out. Ingested plastic is an extra factor with which gulls and other seabirds must contend, adding to vulnerable fish stocks, predation of chicks (which includes cannibalism by other gulls) and disturbance on nesting grounds.
We found one adult Great Black-Backed Gull, dead, with fishing line and a 10cm metal hook inside its gullet, so there can be no doubt that that particular individual died as a direct result of fishing waste in our seas.

Even though people rarely step foot there, Mullion Island, and other isolated places around the globe, are sadly not immune to human influence.
Further information on the gull colony on Mullion Island can be found at https://cornishringing.blogspot.com/2019/07/final-mullion-totals.html 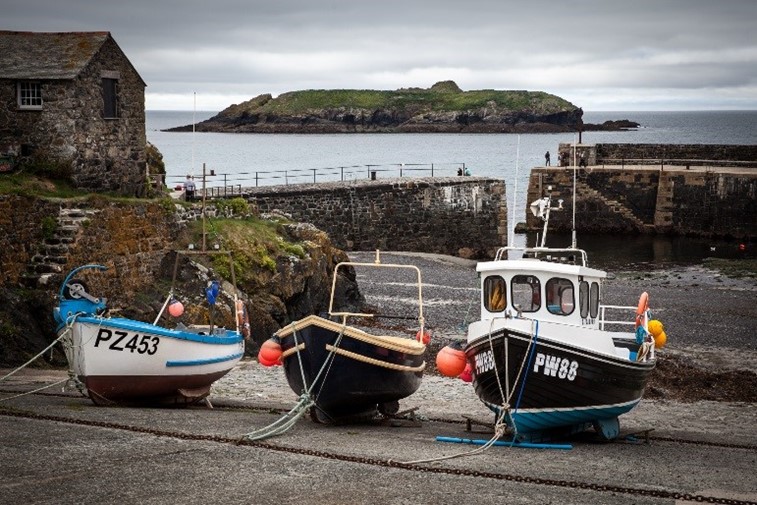 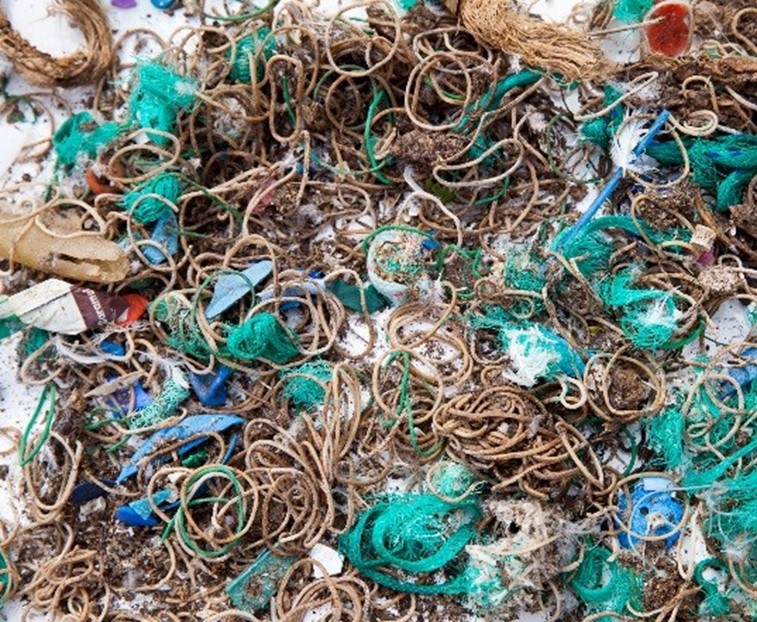 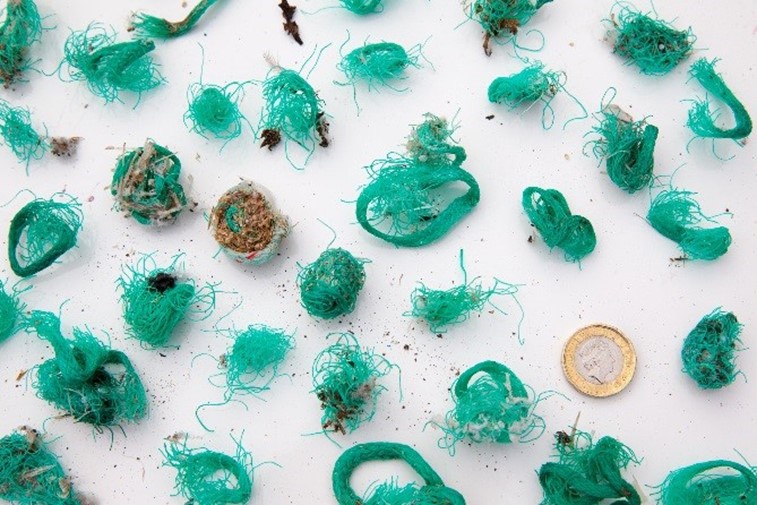